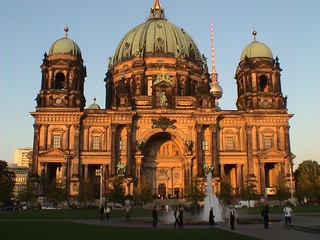 Last week I was lucky to attend the symposion on relational sociology at Berlin’s Humboldt University. I had encountered network theory and empirical network analysis earlier, e.g. in Manuel Castells‘ Network society, Mark Granovetter’s famous essay on the strengths of weak ties and Ronald Burt’s brokerage and closure, and I see empirical network approaches as an increasingly important paradigm in German sociology. But this symposion was the first time I encountered Relational Sociology around Harrison White’s approach. So I took the opportunity to watch the symposion. The program was interesting since one could watch new transatlantic relations being established to other theory traditions by relating networks to functional sytems, to boundaries, to culture, to structure, to knowledge organization online with the example of Wikipedia, to aesthetic markets, to stories, to quality conventions, to social inequality and to the emergence of „Big structures“ from basic relationships such as friendships and alliances. Through the presentations, White’s approach was confronted with various cases: social movement publics, disciplines in science, knowledge organizations and the emergence of order in Wikipedia, empirical aesthetic markets, network relations in news stories in the German Print media, to social inequality as a consequence of the interplay of network structure and cultural patterns, and to the emergence of „Big Structures“ such as power. The conceptual contributions and empirical cases presented were chosen, examined and presented rather to affirm than to challenge Harrison White’s apporach. The symposion might have profited from contributions challenging the paradigm: Relational sociology as a new transatlantic school of thought was coming together – particularly from White’s contribution in network theory and German systems theory – yet leaving open space for challenges in theory and empirical studies within the network and other schools of thought at later occasions. 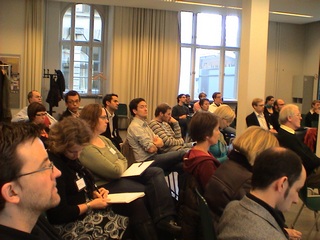 Here are some quick notes on some of the contributions:

Dirk Baecker presented Niklas Luhmann’s systems approach as an empirical rather than theoretical endeavor. He linked „Networks, systems and culture“ and discussed three problems: 1. mathematical (concerning the form), 2. cultural (native theories turning into academic ones), and 3. self-referentiality (language, the observer and volitive determination). So, how are systems, networks and culture interrelated? Baecker characterizes „culture“ as being a function, relating mental states, organic states etc. to communication, and „systems“ meaning non-linear dynamic reproduction giving rise to eigen-values formalized by a Spencer-Brown expression. Boris Holzer shed light on the dense interconnctions between White’s approach to networks and Luhmann’s systems theory by presenting a conceptual framework as to how networks emerge from systems and contribute to the reduction of complexity when ties emerge.

Athanasios Karafillidis conceives of networks as boundaries, and he thinks of boundaries as events maintained and defended. Karafillidis refers to Andrew Abbot and holds that boundaries are fundamental to social processes and come before social entities and identities, such that they are a research object in their own right. Boundaries set apart and connect two sides. So what do boundaries do? In Karafillidis‘ view, networks and boundaries form a duality. They decouple in order to couple. Coupling and decoupling occours in sequences. Boundary = decoupling, then coupling. Network = coupling, then decoupling.

Stephan Fuchs introduced a relational perspective for the study of institutions and culture, thereby promoting the view that the meaning of a term cannot be fixed in isolation but consists of the difference it would make if one removed the term from the conceptual relations in which the term is embedded. Thus, Fuchs discussed cultural networks along the dichotomy of centrality versus periphery. Strong cultural networks are those that sacralize the core versus the periphery. In this view, the core explodes alltogether in a Kuhnian scientific revolution. Realism is a network with a strong core, relativism a network with a weak core. The age of a network plays a role, as well. Core ideas become dogmatic as they fossilize into a dogma (e.g. appear in books). [I would object this claim as being tautological since social movements make efforts to become organized and institutionalized for the effect that the positions held by their members become increasingly authorative.]

Ann Mische discussed culture, networks and interaction in social movement publics. Mische defines social movement publics as „publics as interstitial spaces in which actors temporarily suspend at least some aspects of their identities and involvements in order to generate the possibility of provisionally equalized and synchronized relationships“ (Mische 2007).  She examines their formation and change empirically building on a contextual analysis of various social movements and presented empirical material examining (1) the multiple and overlapping relations of that constitute movement milieus; (2) the ways those relations are composed and recomposed through processes of interpretation and discourse; and (3) the ways in which those ties are performed and enacted in interaction settings. Mische distinguishes four modes of skilled political communication: exploratory dialogue, discoursive positioning, reflective problem solving and tactical maneuver.

Christian Stegbauer develops a conceptual framework based on which he presents results of his empirical research project on Wikipedia based on Harrison White’s relational sociology approach. Wikipedia, says Stegbauer, develops its characteristic structure as a result of limitations with regard to external (time, time-space restrictions, expectations, reciprocity), cognitive (e.g. memory) and collective restrictions (limited communication ability, emergence of routines to reduce complexity). Stegbauer holds that Wikipedia is an organization that goes wild since it was not planned in advance and changes when difficulties occur and positions can change, that is, a person can change from a vandal and a vandal fighter or even a vandal and an administrator or even participate with two contradictory roles simultaneously. [Yet, when I asked him, he reported that participants who maintained contradictory roles simultaneously in German Wikipedia were extremely rare.]

Patrik Aspers, in a fascinating short talk, picks up the old question where order comes from. Order, in White’s approach should be adressed at the level of social formations, e.g. markets, which is to speak of order at a partial level. Parsons, by contrast, assumes a value consensus [and normative/traditional binding forces, t.g.] as an ordering principle. Aspers discusses aesthetics, markets, order and ontology, taking the issues of aesthetics and markets for granted and focusing on the problem of order. Drawing on the empirical example of the the fashion market, Aspers discusses order, relations, identity and the essence, the very being, of man. Given that order means predictability of human activities and stability of components in relation to another, relations constitute identites and identities evolve in social interaction, White’s approach contains not only a relational sociology, but also a relational ontology that needs to be discussed. No naked subject is just there,  but „Dasein“ (Heidegger) relates the man who exists to a larger whole, that is, to a surrounding world (Umwelt) and Mitsein (other people), to a „Man“ (they). It is vital to see that Heidegger does not only focus on relations, but argues that we  are caught up in a socially determined way. Our thinking and practice, our being, is constituted in relation to socially praxis and conventions. Dasein is being born into the world with culture etc., and not actively a creator.

Jan Fuhse applies White’s relational theory, based on the assumption that social networks are interwoven with meaning comprising expectations between the participants, symbols and also the identities of participants to the topic of social inequality. Fuhse relates to Pierre Bourdieu’s notion of the importance of meaning and cultural practices in the habitus and the importance of personal ties in ’social capital‘, and to the new German cultural sociology (e.g. Gerhard Schulze). Schulze in his „Erlebnisgesellschaft“ argues that milieus rely on internal communication from which a commonly shared lifestyle and aesthetical scheme emerges. Categories, such as ethnic descent structures shaping networks of interpersonal relations are identified by Charles Tilly. Fuhse views the social capital concept as introduced by Bourdieu and advanced by Coleman, Burt, Lin as the most prominent concept in research on inequality. Fuhse favors relational sociology for not viewing social networks as resources for individual action and instead assumes that actors are firmly embedded into networks. 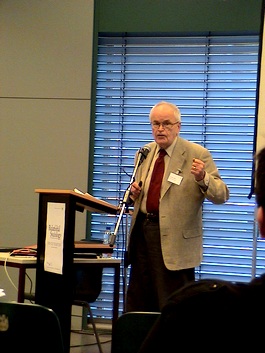 Harrison White, in his concluding remarks replied to puzzles and questions from earlier contributions and of course pointed to the newly revised edition of his monography „Identity of control“ (2008), explained some key terms such as meanings, stories, identities, styles, institutions, language and grammar, to emphasize his key thesis that meanings emerge and develop in relations dynamics.

In a symposion honoring a scholar and his approach, a program like this is certainly legitimate. Yet, for a pathbreaking symposion one might have considered an introductory block digging into the theory, papers developed beyond the stage of a draft, and more controversial contributions. For a first impression, the relational sociology of Harrision White delivers valuable impulses for network analysis and other sociological theories. It is hardly conceivable not to take networked relations into account in sociological theorizing and empirical studies. It is easy to see that networked matter both a sociology of markets and in a sociology of the internet. And I would say it is worth noting that I never White’s relational sociology in my diploma and Ph.D. studies at the University of Bamberg, even though the University of Bamberg has a strong emphasis on sociological theory and the Graduate school is named „Markets and Social Spheres in Europe“ (MSE), and it could be inspiring if it were discused just as Niklas Luhmann’s systems approach. Yet, after a more in-depth study beyond some first impressions from this symposion I could well imagine I might argue that explaining order from ties and networked relations (… as order emerges from noise in Luhmann) is not particularly convincing and relational sociology remains unsatisfactory unless integrated into larger frameworks. Theories are no static need some healthy irritation through exchange and critique to develop further and inspire social research. Yet, finding the right degree of taking up impulses from other theories is a challenge of its own.